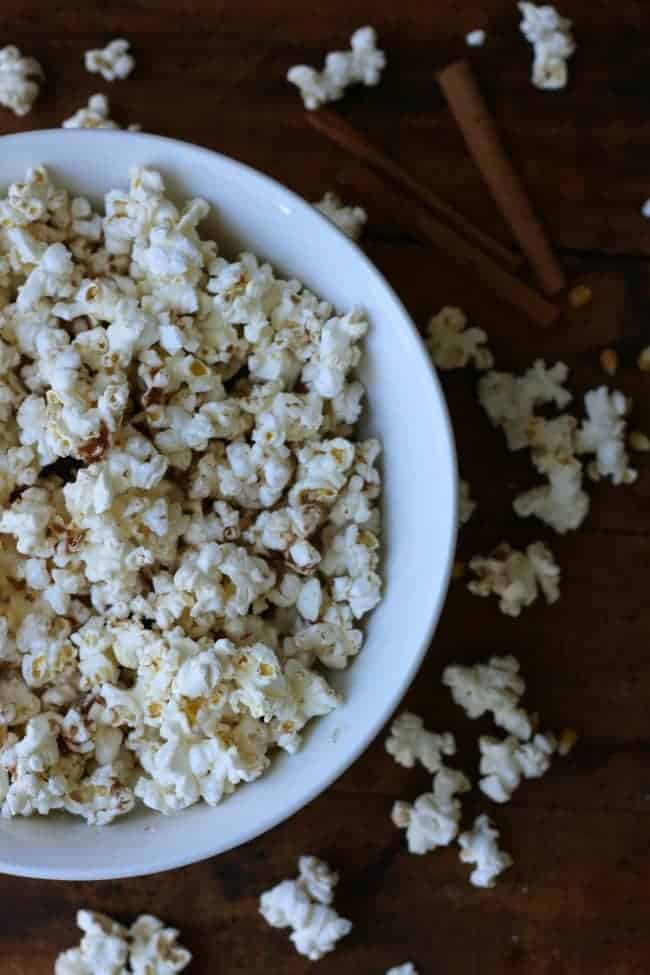 These days, it’s so easy to make popcorn! Just stick the bag in the microwave and set the timer. But lately, I have been wanting to experiment with popcorn and test out new flavors. That is where this Cinnamon Sugar Popcorn began. I love anything with cinnamon sugar so why not try it on popcorn!

When I was growing up there was really only one way to make popcorn, ok two but we didn’t have one of those fancy popcorn makers until I was older. We always made the popcorn in a pot on the stove. As a kid, I loved when the popcorn outgrew the pot and popped off the lid. We added melted butter and salt and we were done. Now there are so many flavors to choose from! 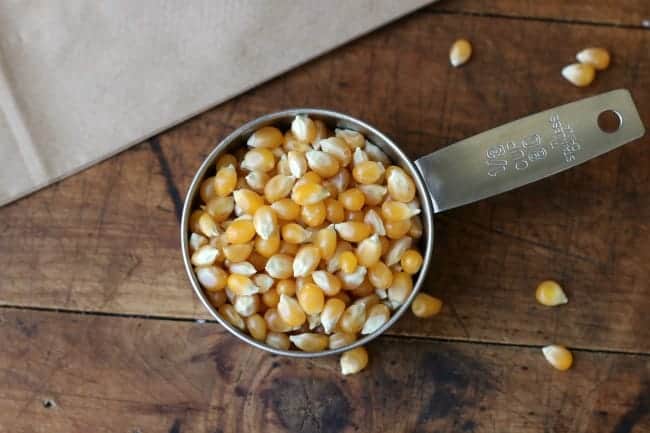 My husband still makes popcorn on the stove and then adds tons of butter. For this recipe, I decided to still microwave it but I used plain kernels and a brown paper bag to make it. This avoids the oil you need to make it on the stove.

About 1/3 cup of popcorn fills the bag after about 1 minute 20 seconds. 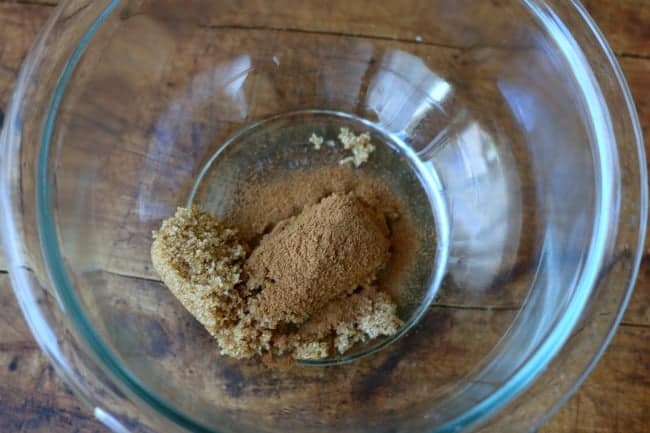 The seasoning is simple…brown sugar and cinnamon. 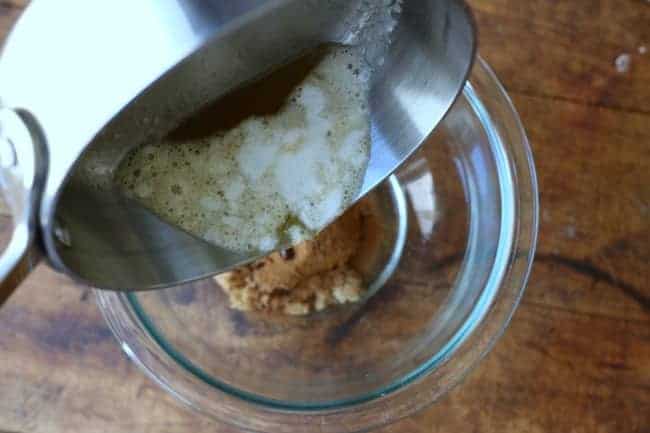 And 3 tablespoons of unsalted butter melted! 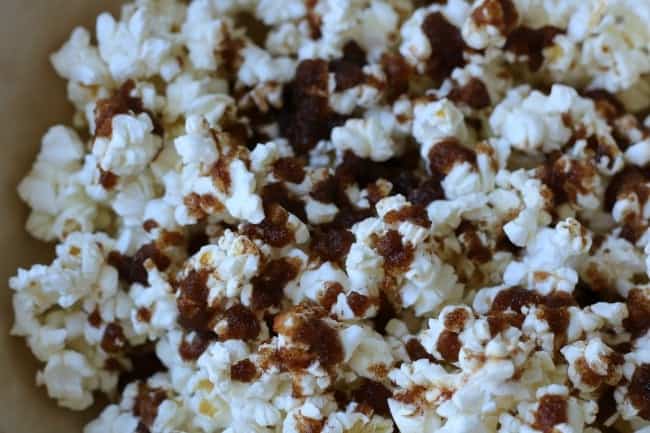 Once the ingredients are combined, you simply pour it over the popcorn. The brown bag makes about 8 cups of popcorn and that is perfect for this recipe. You will still need to mix it up. 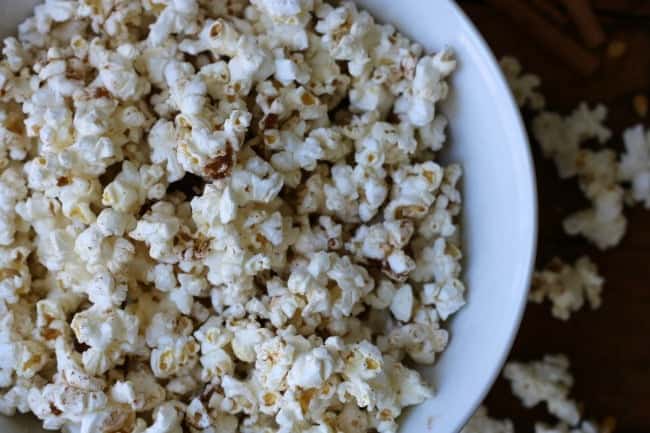 Add some salt and you are set. This recipe doesn’t give you a heavy, sugary taste. The taste is very subtle but extremely yummy! It’s not as decadent as chocolate popcorn but you will love these flavors! 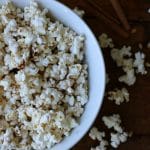 Wraps don’t have to only be for adults, there are many Kid Inspired Wrap Recipes the entire family can enjoy!  If you are starting to think traditional sandwiches are getting boring, you are probably right!  Wraps are the new “in” sandwich and there are so many possibilities. Today on my cooking show (still trying to… 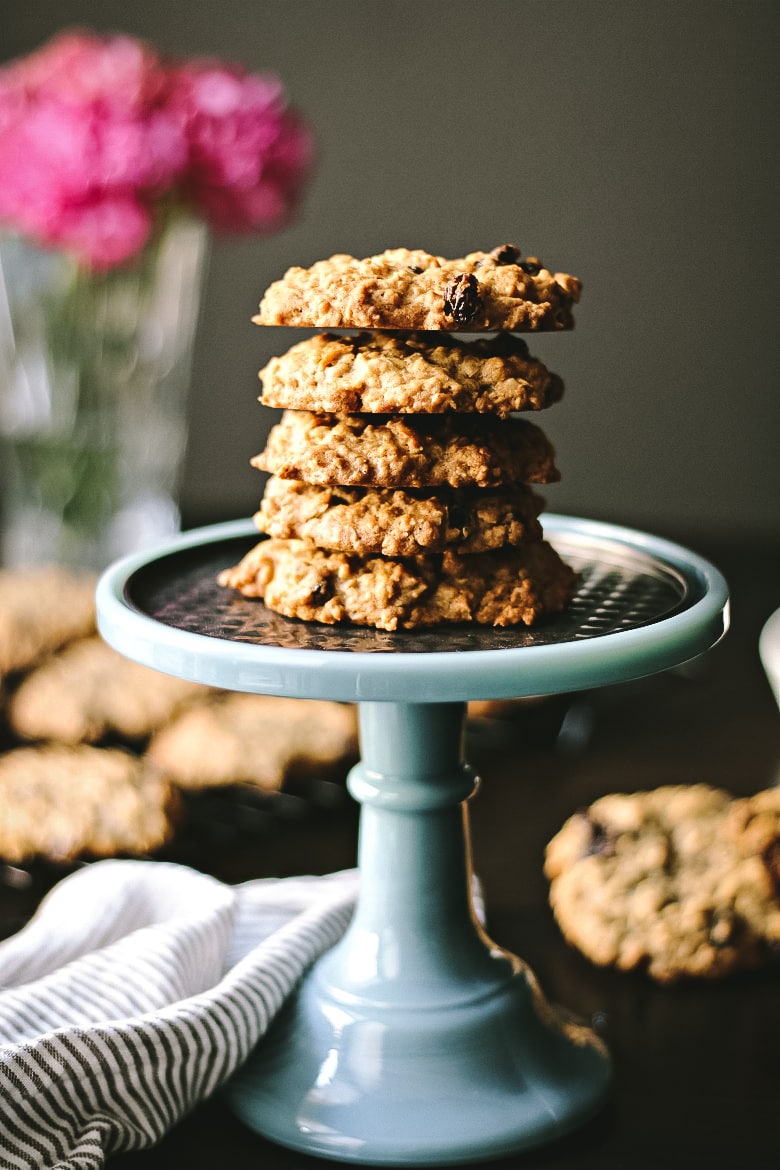 There is something so comforting about Oatmeal Raisin Cookies! It’s almost like eating a warm hug or wrapping yourself in a blanket in front of the fire. I almost love that an oatmeal raisin cookie isn’t perfect in shape or size. It’s kind of unique and awkward in a sense but the taste is undeniable…. 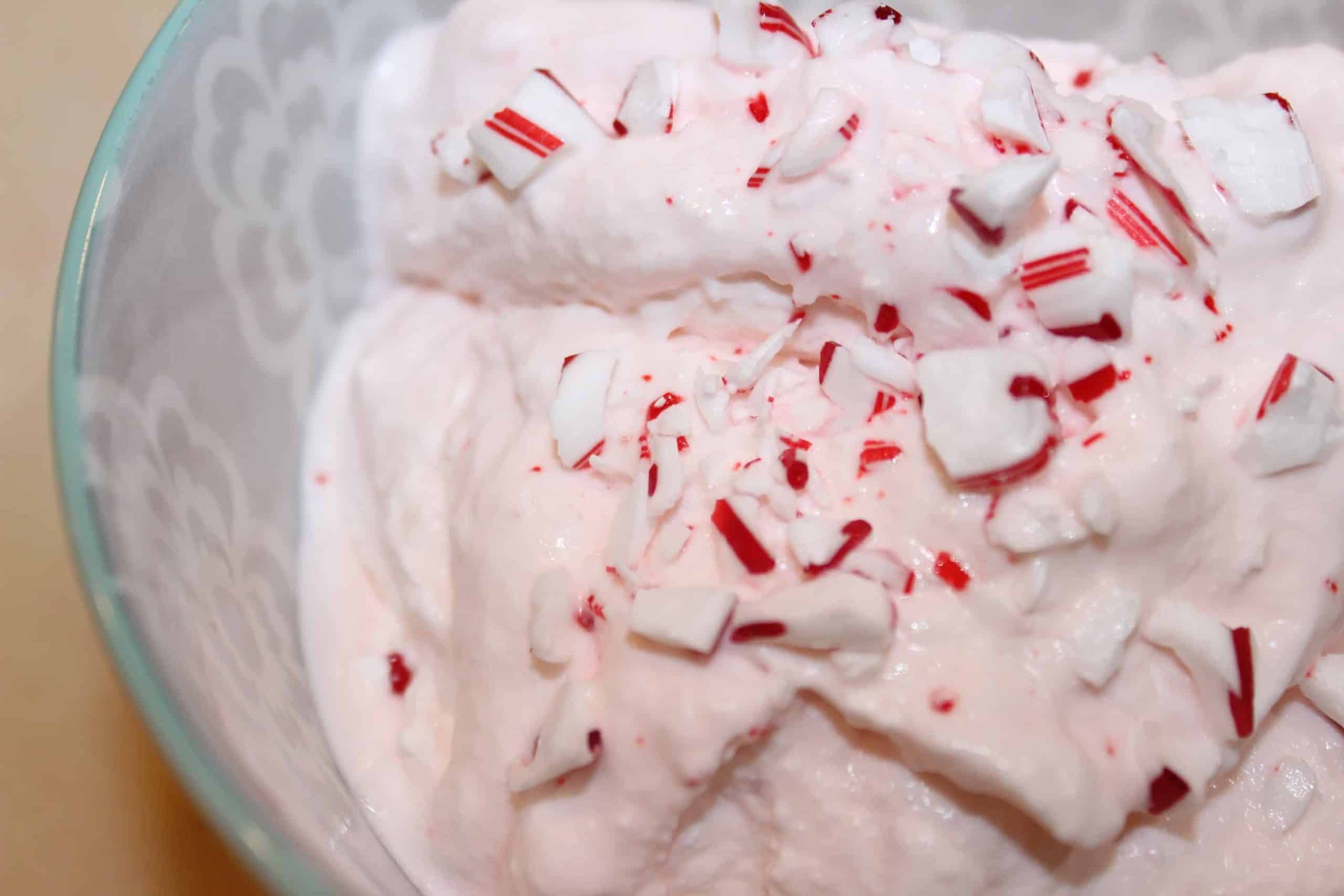 Here’s a special holiday treat for your Christmas celebration.  It combines my favorite holiday desserts… ice cream and candy canes!  When I was young, I would eat a candy cane off the tree and have it with a full glass of cold milk.  It was a must at Christmas.  Now I’m putting those two  flavors… 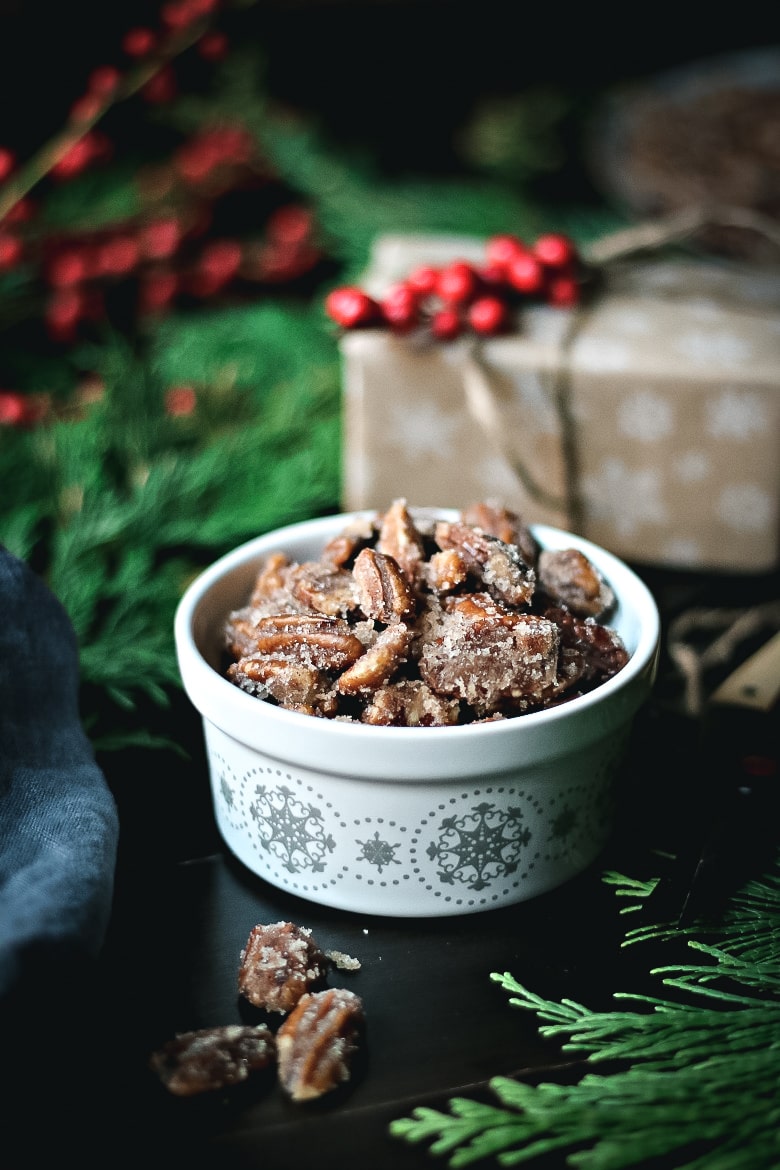 This has become one of my favorite snacks!  Candied Pecans are not only perfect for something sweet but can be put in a salad or on a cheese plate! I remember having two big pecan trees in the front yard of our old house. These trees provided us with so many pecans enough so our… 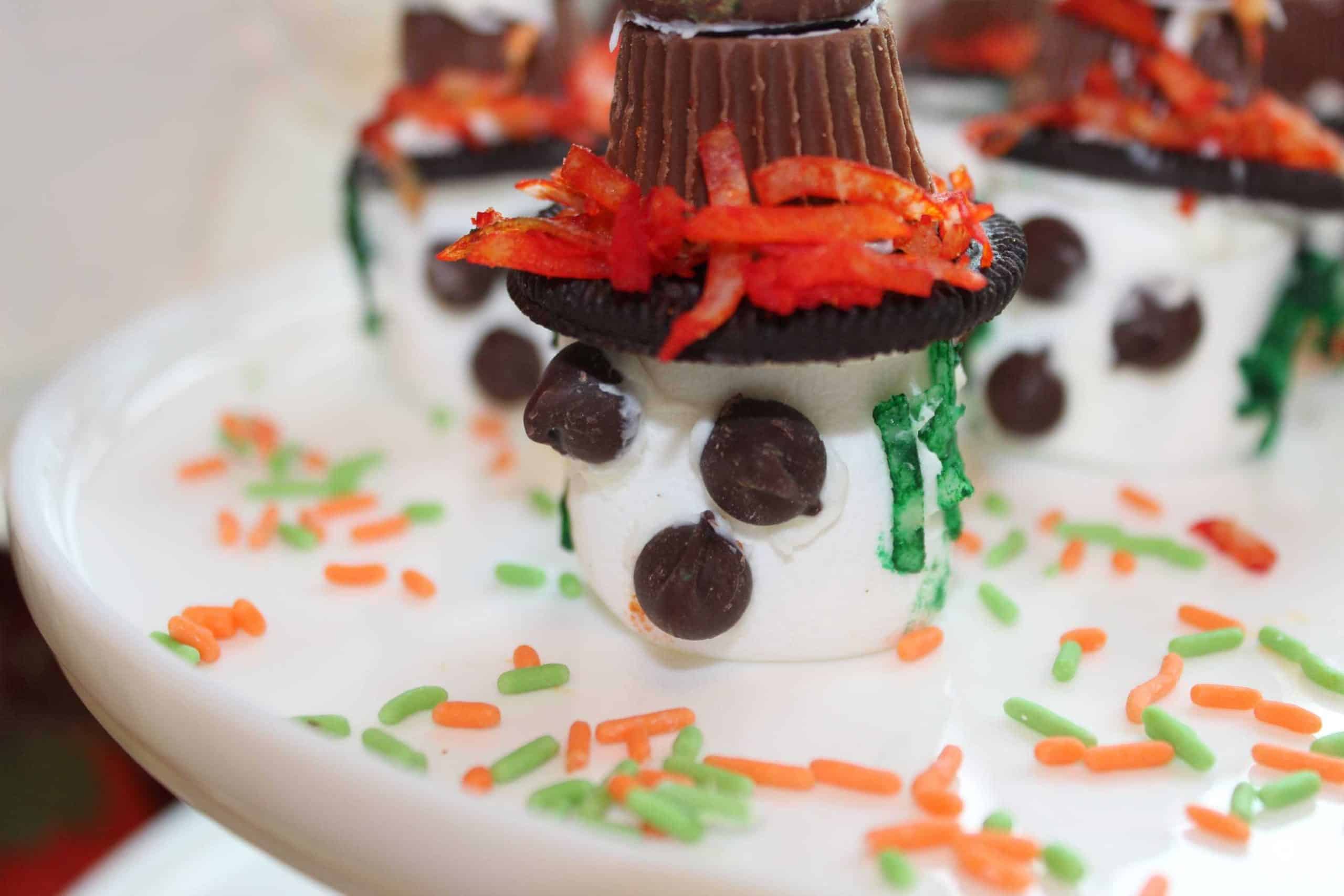 I’m such a fan of Halloween…maybe it’s because October is one of my favorite months of the year.  Whatever the reason, I love decorating for the spookiest holiday of the year!  This is the first time we decided to have fun with marshmallows and create a few not-so-spooky Halloween characters.  Here’s what we came up… 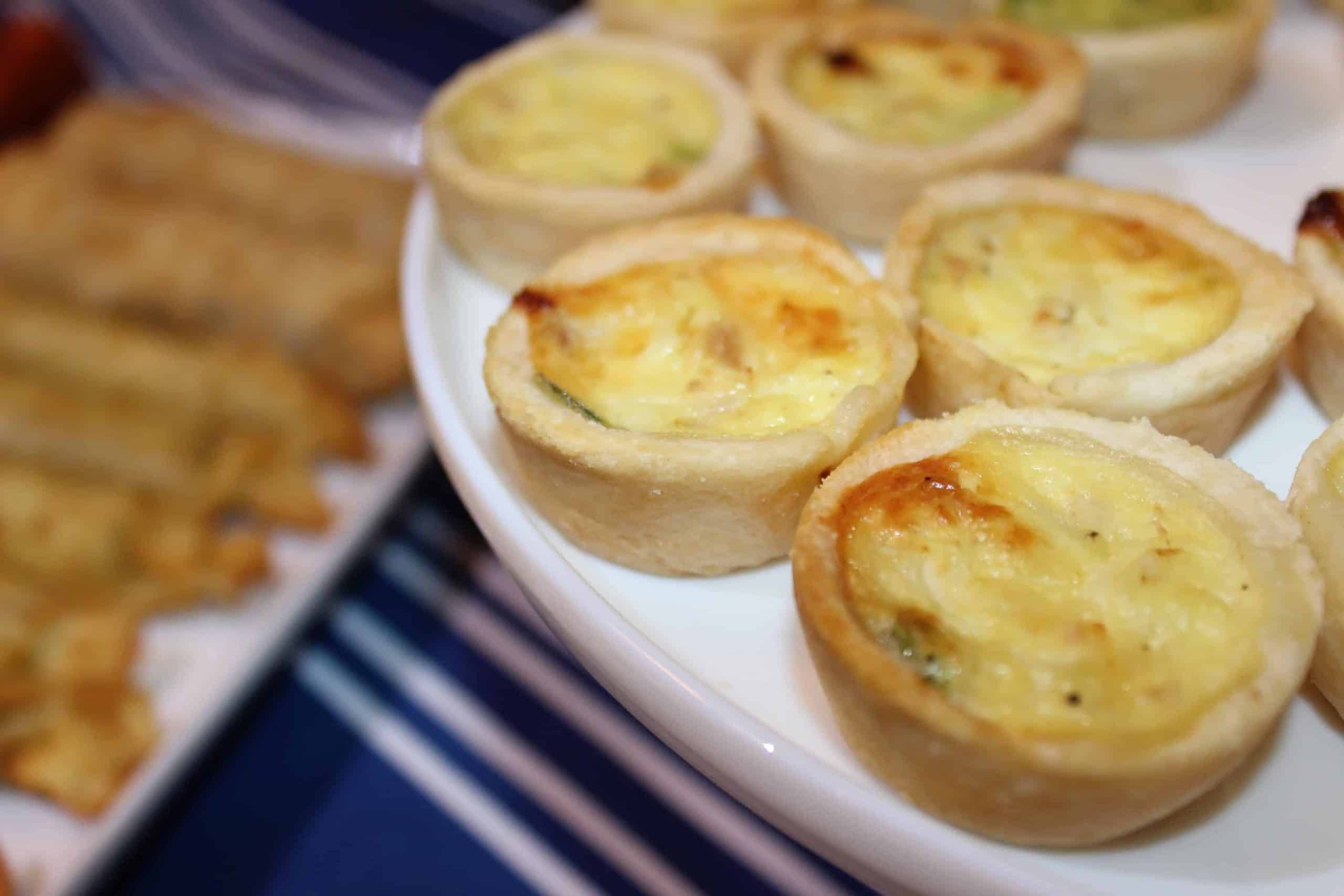 What will you be eating on Super Bowl Sunday?  This is the one day we consume way more greasy food than we should!  But it’s also a day filled with tons of food traditions.  Whether it be wings, pigs-in-a-blanket or chips and queso, we all enjoy our Super Bowl treats despite the calorie and fat… 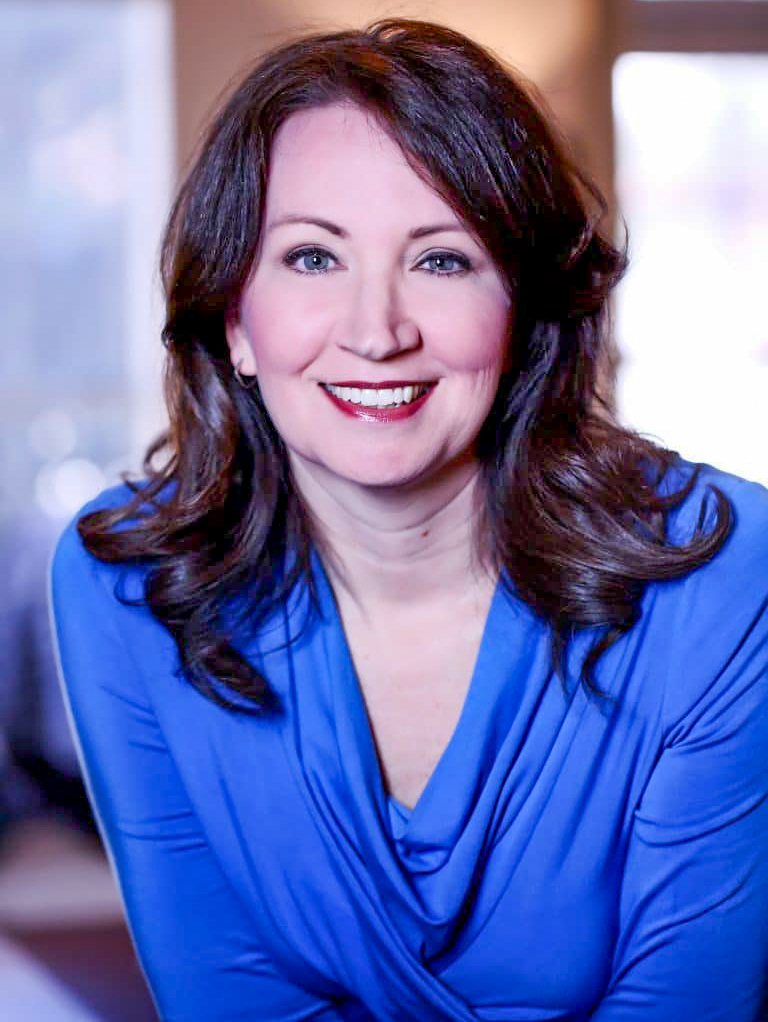